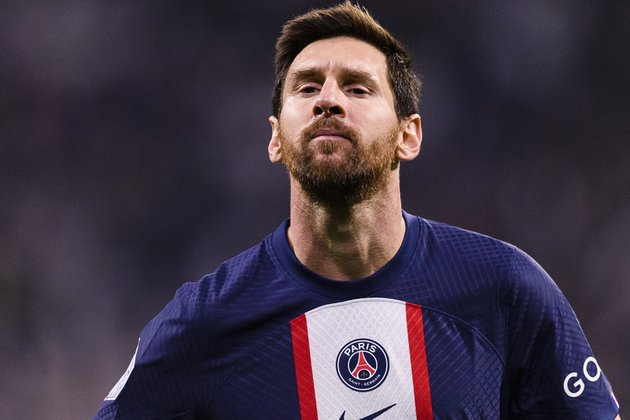 Messi edges ahead of Ronaldo with new milestone

Lionel Messi's winning goal for Paris Saint-Germain against Lyon on Sunday didn't just hand his team three points in the race for the Ligue 1 crown, it also inched him ahead of longtime rival Cristiano Ronaldo for the most non-penalty goals scored in their careers.

Messi dazzled for PSG in Sunday's clash with their French foes as he found the back of the net after some neat work from Neymar to set up the Argentine icon.

The strike means that Messi has now scored 672 non-penalty goals in his career, one more than Ronaldo and in 150 fewer games.

Ronaldo's effort to keep pace with Messi have been hindered by a miserable start to the season at Manchester United where he has found the back of the net just once - a penalty - in his eight appearances across all competitions.

Remarkably, the two greatest goalscorers of their generation have near identical records up to this point in their respective careers. Messi has scored 700 goals (including penalties) in his club career to date, with Ronaldo just one behind on 699.

However, Ronaldo can still boast that he is the greatest scoring threat in the history of international football having scored 117 times in 189 appearances for Portugal.

Messi, meanwhile, lags behind with 86 goals in his 162 caps for Argentina to date.

The (non-penalty) goalscoring record between the pair could well be one which changes hands on several occasions throughout the upcoming season, and especially if Ronaldo works his way back into the starting lineup at Manchester United.

The club's new Dutch boss Erik ten Hag appears to have signaled that he doesn't see the Portuguese superstar as being an integral part of his first choice starting lineup at Old Trafford.

Messi, by comparison, remains an integral cog at PSG but the recent statistics put forth by both players seem to suggest that their advancing age has dulled their goalscoring prowess somewhat - with Messi's current stint at PSG being by far the least effective of his career in the goalscoring stakes.

Indeed, both Messi and Ronaldo are being overshadowed by emerging goalscoring threats in and around them.

Frenchman Kylian Mbappe, who is one of Messi's strike partners at PSG, has bagged 10 goals in 9 appearances this season - and in the blue half of Manchester, Erling Haaland has enjoyed a sensational start to his career at Manchester City and has scored 14 goals in his 10 starts thus far.

Whether or not Messi and Ronaldo can emulate these numbers remains to be seen but it certainly won't stop the notoriously ambitious pair from trying.